Yes, we all know Facebook. It’s that social network where everyone used to hang from early morning until the next, from children who have not had the required 13 years of age, teenagers, and all youth, middle aged, to those old enough that they still knew where to enter the www and what comes after that. It’s the social network where now only ads hang around and some of those who can’t keep any morsel in their mouth and have to show everything to everyone slightly interested. Who is weird, those who fight for their privacy or non-stop exhibitionists, is perhaps a subject for some other occasion. Because this isn’t really a story about Facebook, but rather about another, more social, more serious, and more unique network. One that doesn’t even have a proper name.

Early Saturday evening shortly after the New Year’s. A cinema theatre on the outskirts of the city and in the center of shopping Mecca. It’s strangely crowded. Perhaps some have not yet noticed that Christmas is over, and others are already hunting post-New Year’s sales. The third exploit the last peaceful days of New Year holidays. “Go see this movie, you’ll have a lot of fun,” a member of the aforementioned network told me. At this time, I have to point out that I am not a member, I have not registered yet and wasn’t even invited. But I am a member of the family network, and these two sets happen to overlap, so sometimes, there is some spillover of information from one of a more or less closed networks to another one. Anyway, I fought my way through the lines of those waiting for popcorn and coke, with a ticket in my hand, found the hall/cinema, the tired seat at the edge of the row, and I was all set to party.

Five more minutes. Yawn. A look at my phone. I move my legs for two elderly guests to pass by my seat. And two more. When the next four make me move, I think that I might have dropped in at some sixtieth anniversary high school reunion. But this must have been a very big class, because they also occupied a row behind me and also a couple of rows in front of me. And almost all of them are looking at least an era older. So I sit there among them and I notice I have the least gray hair on my head, which does not happen very often. Especially not in this theater. I look around, startled, and I find some other younger visitors who are also amazed. Well, at least I’m not the only one. But as it seems, we wandered into another world, uninvited guests at the feast of another generation.

Then the movie, intended for some other social network begins. A movie? Can’t say much about it, as I did not quite identify with it. Again, I felt like I was on the wrong plane. Everyone is flying to hot Hawaii, and I was meant to be on my way to freezing Reykjavik. Everyone in the room is having fun, and I’m merely smiling sourly. “Ha, this one is really good!”, “Oh, I haven’t had this much laughter for ages!”, and similar comments fly around from the nearby seats. And their laughter is sincere and loud. Damn, that happens if you are listening to advice and don’t check what you were going to see.

And then I ask myself, how is it possible that almost everyone here is from the same “class”, only a few of us unfortunates had fallen from the moon? How did they know that this is the movie for them? Where did they hear about it? And I realize that I need to turn the focus to the phenomenon that is the real star of the evening. To the social network, one that beats those more familiar, digital, Facebook-ish and similar on every front. Because this one is infinitely more efficient. Almost mysteriously imperceptible, yet ubiquitous.

The Network of Legends

This network is immune to modern technologies. The technologies, underpinning the success of most contemporary social networks as a technology allowing unlimited, fast, effective communication. Communication is not only the condition, but also the reason for the existence of networks. But this network has developed such a sophisticated and diversified modes of communication that even if North Korea could crash complete Internet, their network wouldn’t even notice. An empty battery in the phone and operator’s antenna out of reach? No problem. Forgotten password for the computer? Who cares? Everything is delivered in a waiting line at the bank. At the gym. On Sundays after Mass. At the local patisserie while eating the sweetest cakes. On the street. Through the window. Even via mail (and not e-mail). At the “one-for-the-road” beer after fitness. In the waiting room for an orthopedic. At the anniversary. Even on the phone which has the wire tied to the apartment so you can’t take it with you.

And the information spread swiftly, so rapidly that modern technology could not follow this speed anyway. It’s effective. Everything is spread and known. Everything. The solution of the Saturday paper prize crossword? No problem. Where can you get the cheapest apples? In which restaurant was the waiter replaced and the new one is simply rude? How did that man earn money for such a house? Two for the price of one blouse? The movie you should not miss? What are the new “must not eat” foods that scientists have discovered can hurt your health? Who died? Who is divorced, who is getting married? How was the trip? Everything. And all of it fast, efficient. Information darting back and forth, expanding, enriching, coloring, and working. Communications platform that beats any other and is basically indestructible.

But this is only one advantage. There’s more though. For example, this network does not require registration and entering of tons of personal information. There are no monthly or annual fees. No membership cards. No compulsory attendance at meetings. No participation at the general assemblies and exercising the function of club treasurer. Nothing. Nada. It’s like a Swiss watch, ticking without any legal, formal, marital, familiar/kinship rules, and other clutter. It has no Code of Honor, nor a president, nor an election. Not even a rich, genius owner in a gray T-shirt.

But it has members. Many of them, lots of members, and more and more every day. Yes, indeed even less every day, but still all over, the inflow is greater than the decline. And what members they are! Not only are they extremely informed, but they are also the most experienced around. They have already seen it all, experienced everything. They know everything. And tell each other everything. They have been everywhere, heck, they are everywhere. All around the world, their members are in the every pore of the society, infinitely effectively. They know all about modern technologies (i.e., enough to know how to avoid them), about doctors, medicines, discounts and other benefits, sweepstakes, employment, dismissals, holes in the laws, and much more. They have their unique image, silver hair and distinctive fashion and accessories. They live more cheaply because they make the most of all possible discounts. Moreover, they are deservingly living mainly on the social account of which they formerly held together (meaning they get pensions from the State?). They are the legends, some figuratively, many of them even literally.

And they wait. Patiently wait and wait until we join them. Me. And you. All of us, if we only live long enough. Time will bring everyone around and a silent invitation is all we get. And when that day comes, it won’t do any good if we shout like Groucho Marx that we don’t want to belong to the club that wants us as a member. All of us, even the biggest skeptics, we will, and you will, get into this social network, whether we want to or not, passive or active. Forever. 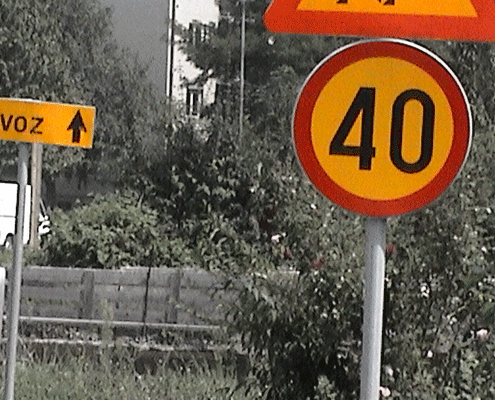 About advertising and evolution12.01.2015Advertising is all around us. It makes the world go around. It makes us go around. And there is no way to escape it. And perhaps that's just okay.Read more → 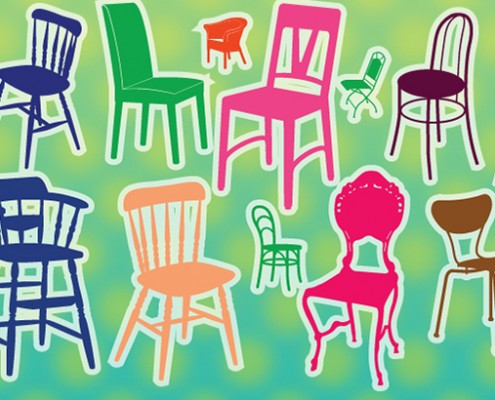 Thank your for your visit!

You know the saying "Being second is being the first of losers"?
Well, here and there we combine some letters into words into sentences into stories into content... and if you'd like to be among the first who get to hear what we have to say, you can subscribe to our newsletter! (i. e. Don't be a loser.) Welcome aboard!